Sorority Girls and the Creature from Hell 1989

Sorority Girls and the Creature from Hell 1989

Although I have to confess that’s it a real honour supplying y’all with a weekly dose of slasher trash to chew through,

the constraints of time and the pressure of the everyday hustle and bustle of a young Spaniard in the United Kingdom do take their toll. Especially when you have a Mrs like mine who would much rather watch ‘Zakochani’ for the hundred-millionth time than anything with masked killers and screaming chicks in it.

Anyway it also helps a great deal when you guys and gals recommend me slasher pictures to post, because with a collection of so many titles, sometimes it’s hard to pick out just the one to watch. Funnily enough though, I got the strangest of emails recently. It was strange because it came from the address ‘free email service – do not reply’ and I have no idea who sent it. He/she recommended that I review Sorority Girls and the Creature from Hell and it’s one that to be honest, I had left at the bottom of my VHS pile and completely forgotten about. So thanks anonymous mailer…. This is just for you…

supernatural twist or an ambitious synopsis. The censorship uproar that had left patchworks of earlier entries meant that producers could no longer utilise gory effects as a marketing gimmick and so instead they went for big-breasted bimbos and that’s just fine by me.

It kicks off with a haze of cheesy action. We are introduced to a guy who spends his time uncovering Native American artefacts in a secluded cave (he should’ve known better – hasn’t he seen Scalps?). At the same time, a group of prisoners are driven out to do manual labour in some woodland. The benefit of this work is not really clarified, because they seem to just be digging pointless holes among some trees. (Were they preparing their own graves? Wow what a great plot twist that would have been). But seriously, couldn’t they have painted a church, worked on a construction site or done something that helped local society? Anyway, the guards are momentarily disrupted by a sorority girl with a boob-tube and a push bike, which

gives the jailbirds the opportunity to launch a violent, but successful escape attempt and they sprint off in separate directions.

A large number of the escapees are shot and killed or captured soon after, by a sheriff with a machine gun that sounds like a GI Joe toy, but a villain called Gerome Disenso, who brings to mind a poor man’s Richard Marx, manages to flee into the forest. I guess by the search that’s made thereafter, he must be a dangerous criminal; however we never really find out why we should fear

him. I mean, perhaps he was just a run of the mill down on his luck kinda guy that was doing a week in jail for jaywalking or something? It would have been nice to be told such things.

So next up, we meet a gang of sorority jocks (that look about 38) and some free and easy bunnies that are on their way to a party at the cabin that belongs to the archaeologist from the beginning. Unfortunately for them, and him, his relentless digging has uncovered an ancient demonic relic that has possessed him and sent him out to murder anyone that he bumps into. So with a bloodthirsty killer, a secluded location AND an escaped convict, these guys are in for the party of their

lives… (Most likely the last)

By the first thirty minutes of SGATCFH, you would never tell that this is a slasher film and instead you’d probably be under the impression that you were set for a First Blood rip-off. We seem to be focused mainly on the jailbreak storyline and it’s only later that things fall back into the traditional set up. It’s been said that back in the glory days of the cycle, producers would pride themselves on the amount of helicopter shots that they could afford to put in to their pictures. The Burning had a good one and Maniac borrowed a few from Dario Argento’s Inferno. Well these guys managed to get a full

military chopper out for the hunt for their man on the run, but I’m convinced that it had more to do with John McBrearty knowing a guy that owned one rather than him having a healthy budget to play with.

Why do I have this opinion? Well the film is filled with a cast that may be the worst ever put together in a barrel-bottom ensemble and that can only be because they couldn’t scrape together what was needed to fund anyone better. These guys greet things like the uncovering of a freshly mutilated corpse with the same emotional oomph that a normal person puts into changing the TV channel. I have grown accustomed to over or under-acting through the years, but completely non-acting is a new one for me. The killer, who has a cheesier than cheesy black and white heavy breath POV, is rarely seen under any kind of light, which is obviously because the make-up effects (or rubber mask) for him were so shoddy. Saying that though, I was impressed with the screenplay for the first 45 minutes or so, because it split the characters into separate groups and gave each of them a story that eventually threw them together in the cabin for the grand finale. Whilst this showed an impressive flair for structure from first-timer McBrearty, he didn’t give us any kind of central protagonist and so the final pair felt more like they’d literally been picked out of a hat than built up to battle the demonized assailant. We were introduced to a geeky

virginal type in the early scenes and I felt sure that she would be the one that would end up being the heroine, but instead she was one of the first of the troupe to get splattered.

Despite the problems with the feature in terms of the poor quality of the dramatics and the lack of gooey effects, I still thought that it was actually a fun flick to sit through. It’s just so incredibly cheesy and dumb that I think you’d be hard pushed to find someone that wouldn’t enjoy it. The ancient artefact that possesses the unfortunate excavator and sends him on a kill spree, speaks flawless English with a New York accent, which is impressive for something that’s been entombed in a cave since the days of the Native American tribes. We never get to find out

why it needs the blood of those dead bodies in the first place and I was guessing for why it could be??? Will it bring him back from beyond the grave so that he can cause havoc again? Is it a plan to rid the world of heinous acting? Your guess is as good as mine. Don’t you just love a villain with a clear motivation? Also could someone tell me the point of the prison break-out part of the story? Maybe I missed it or something, because from what I saw, it went absolutely nowhere, changed absolutely nothing and affected absolutely no one. Confused? I most definitely was.

Sorority Girls and The Creature From Hell mixes a kaleidoscope score (very similar in fact to the one from Ruggero Deodato’s BodyCount), some fun characters, loads of big boobs and a laughable story to make a cheese-drenched treat that a SLASH above readers will most definitely enjoy watching. It’s basically Scalps with an overdose of inadvertent stupidity and that my friends is surely a good thing. I loved it. 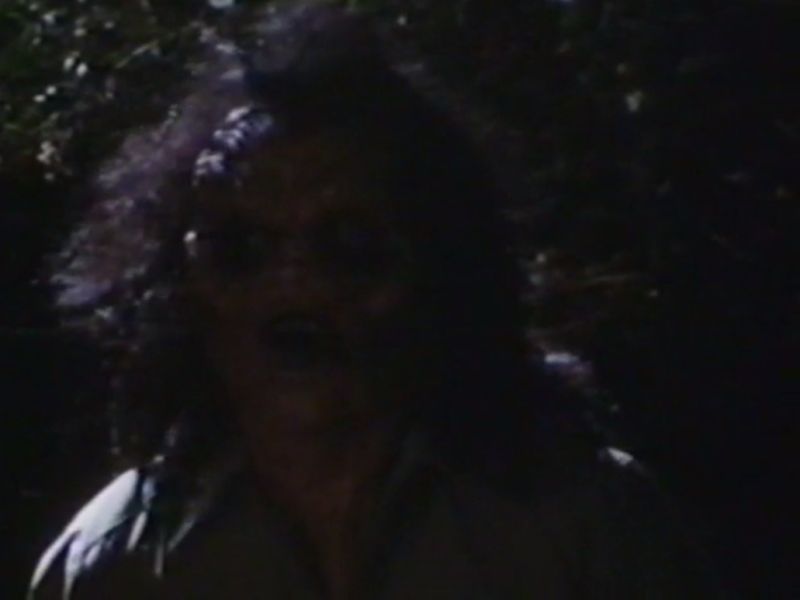