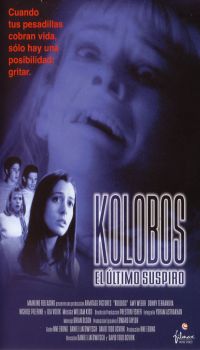 So what is there to say about things that emerged during the noughties, eh? Well we didn’t get many life altering

inventions, but for sure social networking and reality television became the media sensations of the last decade. Whether it be struggling stars trying to prevent that last nail entering their career coffin on, ‘I’m a celebrity, get me out of here!’ or audacious personalities swimming in

a pool of insecurities and trying to grab their fifteen minutes on ‘Big Brother’, the viewing stats for this rubbish were astronomical. It was the latter that proved to be the source code for this post-Scream slasher yarn, which is set up in a reality TV (or VHS) backdrop just before that style of interactive entertainment took the entire world by storm.

Five youngsters respond to an advert in a local paper asking for ambitious extroverts to be boarded up in a house for five days and have all their emotions and activities filmed. Almost as soon as they arrive however, they are locked in with a sadistic faceless killer and no chance to escape…

There was so much junk that came out in the late nineties and attempted to cash in on the new wave of slashers that it is really refreshing when you uncover an effort that’s even slightly above average. Kolobos however is much

more than that – it’s an intelligent, stylish and creepy entry that has been bizarrely overlooked. It recalls the elements that make up the greatest titles of the category, including a good mystery, stylish direction, superb gore and a creepy tone.

The film is made by people who appreciate the genre and at the same time acknowledge its weaknesses. One of the personas is an actress who appeared in the fictional slasher movie franchise, ‘The Slaughterhouse Factor’. The group sit down to watch the films one after another and mock the poor continuity, cheesy deaths and silly plot and they could, in effect, be watching any number of dumb eighties titles. It is this recognition however that allows those same characters when they become trapped with the psychopathic killer, to do the right things, like sticking together and working in tandem to escape. The film has a somewhat surreal nightmarish quality, which is brought about by blurry imagery and a haunting score from William Kidd. The inspiration here seems to stem more from Argento than Craven and there’s some stuff that even he would be proud of. When they realise that they are imprisoned and become locked down, the directors use flashing red and white lights to illuminate the darkness and it builds a great environment of gothic horror. The house is layered with ingenious death traps that are triggered when one of the victims crosses an area that is

covered with mission impossible-style red lasers. This means that every step they take could be the wrong one and it helps add to the tension

The realism portrayed in the way the actors handle the situations of impending doom is what sets this apart. They try desperately to survive and show emotions of paranoia and fear in how they have become the victims of unprovoked murder. Could one of these people that they just met and hardly know be responsible for the sudden deaths? The first slaughter takes you by surprise because it’s so out of the blue and from then on, the gore is spread thick and fast. The effects are excellent and include an eye impalement, disembowelment and an acid shower that’s similar to the one from Whodunit. There’s

some tight, pulsating sequences and a sense of the macabre in all the aspects of terror and as the characters have been so well-developed, there’s more of an effect on the audience when they die.

We are treated to a couple of decent jump scares, an exciting final battle and the cast do a good job at developing themselves. I especially thought a lot of Amy Weber who is a good actress and brought to mind Jennifer Love Hewitt with more than just the fact that they look quite similar. They even managed to get Linnea Quigley to turn up for a cameo. On top of that it even has the odd cheesy scene, like when they all head in to the corner and begin grooving under a ‘disco ball’ for what seems like no apparent

Kolobos starts very well, but doesn’t manage to keep the suspense at the same level all the way through. It just seems to throw too much of everything in to the final forty minutes, which lessens the impact a tad. I was also extremely disappointed with the final twist, which was smart but a bit of a cheat and totally unnecessary. I feel the movie would have been better if

it finished on the seventy-three minute mark, but it does leave a bit of an ambiguous finale, which plays on your mind. Was it real or all a dream?

This is by no means perfect, but very few slasher movies ever have been. It is still one of the best titles of the last twenty years and in the top fifteen of all time. Superbly directed with style, panache, a fast pace and a great cast; Kolobos is a titan of slasher styling and should most definitely be added to your collection.

The strangest thing that I learned after watching this is that neither of the two directors have gone on to anything else. This is really bizarre as they showed immense potential here and should have at least been given another opportunity. 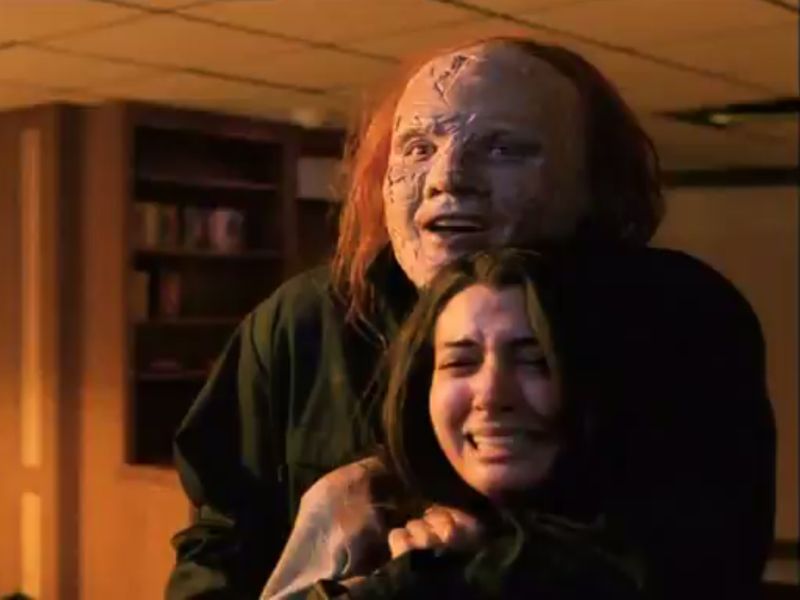